Tips from Scalia and Garner’s Making Your Case 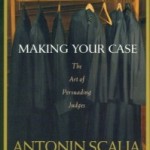 One of my favorite books offering advice on lawyering is Making Your Case: The Art of Persuading Judges by Antonin Scalia and Bryan A. Garner. Here are a few of the more surprising and noteworthy nuggets:

Don’t ever begin with a statement of facts. State the issues first.

Never use underlining in briefs. And don’t use bold type except in headings (the authors call this “visually repulsive”).

String cites should never be used except for propositions of law novel to the court.

The reply brief should be a self-contained document. That is, it should be comprehensible to the reader without having to refer to any other brief, as many judges and law clerks read the Reply first.

To have any chance of obtaining discretionary review, you must show that the lower court’s error consisted in the adoption of an erroneous and important rule of law, not merely the erroneous application of a rule correctly expressed.

If you’re the first to argue, make your affirmative arguments and then refute in the middle of your argument, not at the beginning or end.

Where the authors disagree the most: Mr. Garner is a well known advocate of placing citations in footnotes, while Justice Scalia disapproves of this practice. Although I do not place citations in footnotes, I have read briefs that do so, and the text does look “cleaner”. The reading also tends to flow more smoothly. Lengthy parallel citations and string cites can be awkward and distracting. This emerging “footnote” practice is in keeping with the general trend in the legal profession to make briefs as accessible and clear as possible. On the other hand, as Justice Scalia points out, laymen don’t read amicus briefs (nor do Judges), and lawyers have grown accustomed to skipping over citations to read the next substantive sentence.

In California state courts, should you underline or italicize case names?

If you practice law in California, you will surely have seen briefs containing citations where the case name is underlined and those where the case name is italicized. Which style is correct? Although California is known for its laid back culture, citation is not purely up to the writer’s personal taste. Underlined case names should remind you of the Blue Book from law school. Italicized case names are prescribed by the California Style Manual, which served as the official guide for documents filed in California state courts until the adoption of California Rule of Court 1.200 on January 1, 2008.

Citations to cases and other authorities in all documents filed in the courts must be in the style established by either the California Style Manual or The Bluebook: A Uniform System of Citation, at the option of the party filing the document. The same style must be used consistently throughout the document.

Personally, I prefer the citation style of the California Style Manual. I find italicized text easier on the eyes than underlined text.

Need a contract attorney to make a court appearance? 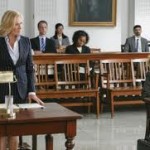 The State Bar of California has issued formal ethics opinion No. 2004-165 to address the ethical responsibilities of a member who uses outside contract attorneys to make appearances on behalf of the member’s clients.

Third, if the Member has anticipated the need to hire contract attorneys at the outset of the engagement, the Member should disclose that in the fee agreement with his or her client.

One Space or Two? 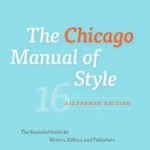 Every major style guide prescribes a single space after a period. If modern typographers get into bar fights, it’s not because they’re debating the one-space rule. They all pretty much agree on it. I have also seen a fair number of federal court opinions containing one space after sentences — perhaps as a result of the 25-year old law clerks who drafted the opinions. But I also suspect that more than a few elderly judges are aware of the one-space rule. Although my personal preference is to adhere to the one-space rule, it’s hardly an issue that will cause a party to lose a motion. What the client wants, the client gets!

Why hire a freelance aka contract attorney? 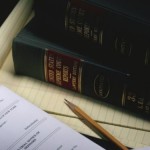 When you hire a freelance aka contract attorney, you can pick and choose who you want for each project. Your selection might be based on that attorney’s experience with a particular type of case or issue, or a prior good working relationship. There are no awkward exit interviews if things don’t pan out. When the project ends, so do your mutual obligations.

Free Time
Your practice has grown and you now have more work than you can comfortably handle on your own. Do you sacrifice your weekends, hobbies, or family time? Or is there another way to continue delivering excellent legal services while maintaining your lifestyle? By hiring a freelance attorney, you can focus on the things you want, while confidently representing your clients.

Quality
Your clients are accustomed to a high standard of service and work product. By delegating tasks to a professional freelance attorney, your clients can continue the receive the same high quality service, while you can focus on the more pressing aspects of their cases.

Savings
With freelance attorneys, there are no insurance premiums, Bar dues, Blackberry bills, or payroll taxes to pay. You also don’t need to answer questions about the partnership track, sick days or vacation time!