Summary of Mandatory Electronic Filing in the California Courts of Appeal 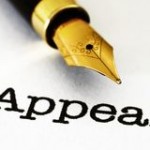 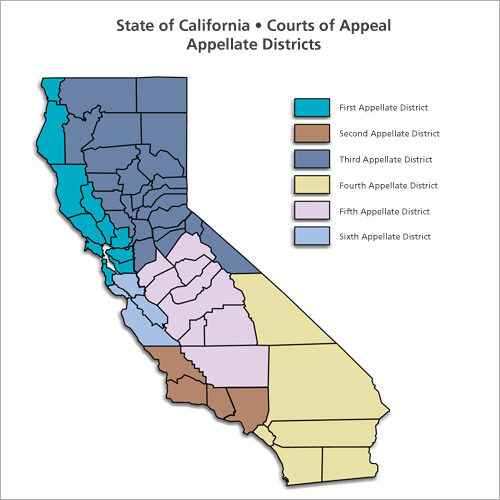 Every Appellate District utilizes TrueFiling, an online electronic filing system that functions similarly to the ECF system in the federal courts. By registering, attorneys agree to be served electronically with any item filed in the appeal. Documents displaying the symbol “/s/” with the attorney’s or party’s printed name are deemed signed by that person. The Courts of Appeal have created a helpful Guide to Creating Electronic Appellate Documents.

For more information, refer to California Rules of Court 8.70 through 8.80 regarding electronic filing and service in the Courts of Appeal.

An experienced freelance attorney can help you prepare and format your appellate documents for electronic filing and service. 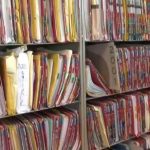 The California counties which, as of December 2020, mandate some type of e-Filing include:

Counties which do not mandate any e-Filing include: 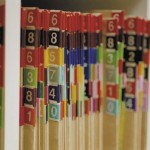 The California counties which, as of December 2015, mandate some type of e-Filing include:

Orange. As of January 1, 2013, Orange County Superior Court mandates e-Filing for all documents filed in limited, unlimited and complex civil actions. (See CCP § 1010.6 and Local Rule 352.) On September 3, 2013, Orange County Superior Court mandated that all documents (with some exceptions) for Probate and Mental Health must be e-Filed. (See Local Rule 601.01.)

Note that this blog post did not address permissive e-Filing, as many Superior Courts permit, but do not necessarily mandate e-Filing.

Caution: The e-Filing landscape is rapidly changing, as many Superior Courts in California are planning to accept or mandate e-Filing. You should always research the most current rules. An experienced freelance attorney can help you with the latest e-Filing requirements.

Failing to screen complaints for SLAPPable matter: an expensive mistake 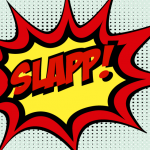 In the excitement to “tell their story” in a complaint, pro se litigants and even attorneys often fail to screen for SLAPPable matter in a complaint, which can lead to very expensive mandatory attorneys’ fees and costs if a defendant prevails on an anti-SLAPP motion aka special motion to strike under Code of Civil Procedure § 425.16.

CCP § 425.16, subd. (b)(1) provides that “[a] cause of action against a person arising from any act of that person in furtherance of the person’s right of petition or free speech under the United States Constitution or the California Constitution in connection with a public issue shall be subject to a special motion to strike, unless the court determines that the plaintiff has established that there is a probability that the plaintiff will prevail on the claim.”

Once an anti-SLAPP motion is filed, the complaint cannot be amended (Simmons v. Allstate (2001) 92 Cal.App.4th 1068, 1073-1074), nor can the action be dismissed and re-filed. (Liu v. Moore (1999) 69 Cal.App.4th 745, 749-752.) Once a complaint is filed and served, Plaintiff is stuck with it for anti-SLAPP purposes. Defendants prevailing on a SLAPP motion (including any subsequent SLAPP appeal) are entitled to a mandatory award of reasonable attorney’s fees and costs. But a plaintiff who successfully opposes an anti-SLAPP motion is not entitled to any attorney’s fees or costs, unless it can show that the motion was frivolous.

Defendant wants to file a lawsuit to force Plaintiff to remove the web pages. But the webpages essentially draw public attention to the lawsuit’s docket, which is a public record. The complaint filed to force the removal of the websites is a potential minefield of SLAPPable matter.

In Collier v. Harris (August 5, 2015) _ Cal.App.4th _ , 2015 WL 5121082, a case with similar facts, Defendant registered plaintiff’s name, and the name of an advocacy group she formed as domain names, and then redirected all Internet users who visited those Web sites to the Web sites for the school board candidates defendant supported. Plaintiff sued, alleging defendant registered the domain names and illegally used them to mislead the public into thinking plaintiff supported defendant’s candidates. The Court of Appeal found that registering the domain names of a school board candidate and redirecting Internet users to the other Web sites assisted defendant in exercising his free speech rights because those acts provided him with additional forums to reach the public with information about the school board candidates. See also the unpublished case of Ocean’s Eleven Casino v. Anders, 2014 WL 1864487 (Cal. Ct. App. May 9, 2014), in which the Court of Appeal held that a gripe website qualified as a public forum. So even when conduct seems clearly “wrong”, such as registering domain names in your company’s name, there still exists a great risk of including SLAPPable matter in a complaint.

Here is a list of common causes of action that often indicate the presence of potentially SLAPPable matter:

Therefore it is critical that plaintiffs identify any and all anti-SLAPP issues prior to filing the complaint. To avoid malpractice suits, Plaintiffs’ attorneys should inform their clients of all potential SLAPPable matter in the complaint, advise the client of the risks and expenses associated with anti-SLAPP motions, and advise that supporting evidence needs to be produced up front.

If a defendant does file an anti-SLAPP motion, plaintiff must take it extremely seriously and be prepared to conduct discovery in order to marshal evidence that: (1) the claims do not arise from protected activity; (2) plaintiff has a probability of prevailing on its claims; (3) at minimum, that plaintiff can raise a triable issue of fact as to each of its claims. (See CCP § 425.16, subd. (g).)

An experienced freelance attorney can help you draft or screen your complaint for SLAPPable matter. Losing an anti-SLAPP motion subjects the plaintiff to mandatory attorney fees and costs and exposes plaintiff’s attorney to a potential malpractice suit. 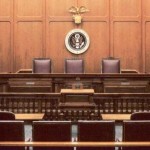 In Bell Atlantic Corp. v. Twombly, 550 U.S. 544, 127 S. Ct. 1955 (2007) the Supreme Court raised the bar for federal court plaintiffs by clarifying the standard for deciding motions to dismiss for failure to state a claim. Previously, a claim would be dismissed only if it appeared “beyond doubt that the plaintiff [could] prove no set of facts in support of his claim which would entitle him to relief.” Id. at 1968. Twombly rejected this standard in favor of a rule requiring a complaint to state “enough facts to state a claim to relief that is plausible”—not merely “conceivable.” Id. at 1974. A “plausible” claim under Twombly requires stating “enough fact[s] to raise a reasonable expectation that discovery will reveal evidence [of the alleged wrongdoing].” Id. at 1965-66. In Ashcroft v. Iqbal, 556 U.S. 662, 684, 129 S. Ct. 1937, 1953 (2009), the Supreme Court clarified that Twombly applied to all civil complaints, and not just antitrust suits.

When California District Courts have applied Twombly/Iqbal to affirmative defenses, they have said that “[w]hile a defense need not include extensive factual allegations in order to give fair notice, bare statements reciting mere legal conclusions may not be sufficient.” Perez v. Gordon & Wong Law Grp., P.C., No. 11-3323, 2012 WL 1029425, at *8 (N.D. Cal. Mar. 26, 2012)(internal quotation marks omitted)). A defendant’s pleading of affirmative defenses must put a plaintiff on notice of the underlying factual bases of the defense. Perez, supra, 2012 WL 1029425, at *8 (internal quotation marks omitted).

However, even if your court does not apply Twombly/Iqbal to them, the affirmative defenses must still meet California’s traditional “fair notice” standard.