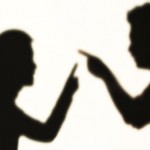 In California, the right to appeal is conferred exclusively by statute. Code of Civil Procedure section 904.1, the primary statute addressing appealability, allows for appeal from a final judgment, an order after judgment, or “an order made appealable by the provisions of the Probate Code or the Family Code….”

Generally, the one final judgment rule applies to civil cases and provides that unresolved issues prevent a judgment from being final for purposes of appealability. Family law cases often constitute an exception to the one final judgment rule because of the prevalent practice of bifurcating discrete issues for separate trials. For example, an initial judgment dissolving the marriage may reserve jurisdiction over additional issues such as property division, support obligations, custody, and visitation.

If a separate judgment conclusively resolves the bifurcated issues, the judgment is appealable. However, determining whether a ruling on child custody or visitation constitutes a final judgment is not so clear. This is because children mature, parents may wish to move domiciles, children’s and parents’ schedules often change, and so on. Nevertheless, the conclusive nature of a ruling can render it a “judgment” for purposes of appealability even though children’s needs and parental fitness may change.

Finality for purposes of appeal depends on the substantive effect of the family law court’s ruling. When the court has conducted a trial and makes a conclusive ruling intended to adjudicate all pending issues of custody and visitation, the ruling constitutes a final judgment. (See In re Marriage of LaMusga (2004) 32 Cal.4th 1072, 1088.) In family law cases, the question of appealability is often more fact-intensive and complex than in other civil cases. An attorney can help you determine whether an order or judgment in your family law case is appealable.

There is no Inadvertent Disclosure rule found in the California Rules of Professional Conduct. In the absence of California authority, courts have looked to the ABA Model Rules, and the ABA Formal Opinions interpreting them, as well as the ethics opinions of other jurisdictions or bar associations for guidance. (City & County of San Francisco v. Cobra Solutions, Inc. (2006) 38 Cal. 4th 839, 852; Rule 1-100(A) of the Rules of Professional Conduct of the State Bar of California.)

Thus, the receiving attorney is not required to return the inadvertently disclosed material. Whether the attorney should return the email and/or attachments is a matter left to the attorney’s judgment. (See ABA Model Rules Prof. Conduct, Rule 4.4, Comment [3] (“Some lawyers may choose to return a document unread, for example, when the lawyer learns before receiving the document that it was inadvertently sent to the wrong address. Where a lawyer is not required by applicable law to do so, the decision to voluntarily return such a document is a matter of professional judgment ordinarily reserved to the lawyer.”).) Thus, absent a court order, an attorney is not under a legal obligation to return inadvertently disclosed material. Of course, the receiving attorney should consider agreeing not to review any of the potentially privileged material until a court can rule on the matter.

* Please note that laws can change. These blog posts do not constitute legal advice.

Pros and Cons of Using An Appendix, Rather Than A Clerk’s Transcript, In An Appeal

An alternative to using the clerk’s transcript is to prepare and file an appendix under Rule 8.124 of the California Rules of Court. Within 10 days of filing the Notice of Appeal, the appellant must file his or her intention to proceed under Rule 8.124, along with a Proof of Service on each of the other parties. The appellant gives notice of his or her intention by checking box “1(b)” on the first page of the Appellant’s Notice Designating the Record on Appeal form.

Advantages of using an appendix may include:

More control over presentation of the record on appeal. For example, you can designate portions of documents or exclude Proofs of Service from documents in the appendix. Along with control, you can also make it more user-friendly by using tabs or ensuring that documents are not split between two different volumes.

More control over the timing of the briefing schedule. When you use an appendix, the brief and appendix are due approximately seventy days after the Notice of Appeal is filed if proceeding without Reporters’ Transcripts. If proceeding with Reports’ Transcripts, the opening brief is due within 40 days from their filing. Generally, Reporters’ Transcripts become available more quickly than Clerk’s Transcripts. When you choose to proceed using a Clerk’s Transcript, you must wait for the Superior Court clerk to prepare the Record on Appeal, which could take up to a year.

Disadvantages of using an appendix may include:

Can a plaintiff who failed to oppose a demurrer still win an appeal of the judgment of dismissal?

Can a plaintiff ever successfully appeal the dismissal of the action if the plaintiff did not even file an opposition to the demurrer? In nonpublished cases, California courts have stated that the plaintiff’s failure oppose the demurrer was not fatal to the appeal.

In the nonpublished case of Bretches v. OneWest Bank 2012 WL 6616478, the plaintiffs/appellants did not file an opposition to the demurrer to the second amended complaint. The Court of Appeal noted that ordinarily, a party’s failure to oppose a motion at the trial court would constitute waiver of appellate review. [Citation.] A special rule, however, applies to demurrers. Under Code of Civil Procedure section 472c, subdivision (a), “ ‘[a] trial court’s order sustaining a demurrer without leave to amend is reviewable for abuse of discretion “even though no request to amend [the] pleading was made.” [Citation.] While it is the plaintiff’s burden to show “that the trial court abused its discretion” and “show in what manner he can amend his complaint and how that amendment will change the legal effect of his pleading” [citation], a plaintiff can make “such a showing … for the first time to the reviewing court” [citation].’” (Bretches, supra, at *4.) The Court reversed the dismissal and instructed on remand that appellants be permitted to file a third amended complaint for certain causes of action.

See also the nonpublished case of Shipman v. Napa County 2011 WL 5307404 in which the Court of Appeal vacated the judgment of dismissal even though plaintiffs/appellants had not filed any written opposition to the demurrer.

As in California state court, ex parte applications may be made in federal court. However, they are proper only in limited situations, such as ministerial matters (e.g., to file an oversized brief), scheduling matters (e.g., to shorten time or extend time to plead), and genuine emergencies (e.g., temporary restraining orders). Ex parte applications in federal court generally follow the same format as in California state court. The application should contain a memorandum of points and authorities, supporting declaration(s), and a proposed order. Local Rules should always be checked for your district.

If notification could not be not given, the declaration should set forth facts showing some reasonable excuse. Sometimes, there are reasons why the party applying for the order should not be required to inform the opposing party in advance (e.g., prejudgment attachment based on reasonable grounds to believe property will be transferred). (See FRCP 65(b); CD CA Rules 7–19 through 7–19.2; SD CA Rule 83.3(h); see also ND CA Rule 7–10.)